Don’t you just love watching documentaries about destinations? Learning about other countries and their citizens, getting inspired for new travel plans. In this blog I share my favorite travel series. Many of them are about Russia, a country that intrigues me since a long time.

This also connects to my recent article about St. Petersburg.

Ruben is originally a doctor and a photographer. He lives for quite some years in China and speaks the language. He has a great feeling for interviews that make you laugh and cry. The featured image of this blog is his. Really an amazing photo, made during Ruben’s first series about the Yangtze River in China. Ruben just made a new series om China, which will be broadcasted on Dutch television from January 14, 2018. So curious!

UPDATE: Ruben’s second series is called Door het hart van China (Through the heart of China) and it’s amazing! Especially the episodes about healthcare and funerals were very special to watch. Thanks Ruben!

Jelle is a Dutch journalist who lived in Russia for many years. He made many series and wrote several books, about Russia but also India and traveling in general. His books make me laugh all the time. His series made me want to go to Russia.

Simon is a cool, relaxed type of guy. His series about Russia was really nice to watch. I noticed he made a lot more series about many other countries, so I guess we have enough to watch for the next couple of months…

In episode 1 about Joseph Abbeel, Arnout travels to Russia. His travel series is based on historic stories. He follows the path of old books written by his Belgian travel heroesfrom the past. By doing so he travels through one or more countries, including South Africa, France, USA, Peru, etc. He walks a lot but also hitch hikes or other forms of transport. I liked all episodes of this series, most noteworthy the one he travelled to and trough Mongolia by horse!

Floortje Dessing is THE travel hero for a lot of Dutch people. She is very well known, as she made a lot of travel series for Dutch TV. She also wrote a couple of travel books. Not sure how many countries she visited, but it’s really a lot (150+ I think).

Tom loves traveling to unknown, somewhat extreme countries, such as Venezuela, North Korea, Vanuatu, Bangladesh, Georgia, etc. He also went to Pyramiden, a Russian village on Spitsbergen. This guy is always fun to watch. Although not all destinations in his series are suitable for tourism in my opinion.

Jimmy is originally a farmer and he is Jamie Oliver’s best pal. In Escape to the Wild he visits British couples who live in very remote places around the world. Very cool! Similar to Floortje to the end of the world.

Joanne is a retired model who made several TV series, also about on India and Japan. Her way of speaking annoys me sometimes (sorry), but I really liked the Trans-Siberia train series! It was also really cool she reshot a photo in the Moscow metro she made decades before as a model.

What a travel heroes, what a job to do! I know how great it looks, but I also know from personal experience how hard it can be to travel for work constantly. As a consequence, I have a lot of respect for these people. And yes, they make such unique trips, it’s really great to watch!

In addition, a happy picture of me in Moscow…

Stunning St. Petersburg – a perfect mix of Russia and Europe

Inspiring travelers: Claudia travels the world thanks to...

Dettifoss and Sellfoss, the most impressive waterfalls of...

Blogs do not come for free – everything...

The 3 most memorable cooking classes around the...

20x street art that will brighten your day...

Hello, I'm Elisa - travel addict and blogger, passionate about beautiful destinations, writing, wine and animals. Sharing info & tips like I do with my best friend. The travel blog that goes the extra mile. 63 countries & counting!

Check out all travel partners of Flitter Fever 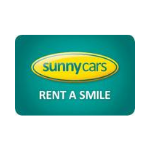 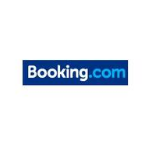 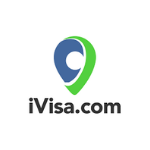 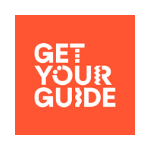